Beyonce And Kelly Rowland With The Holiday Spirit 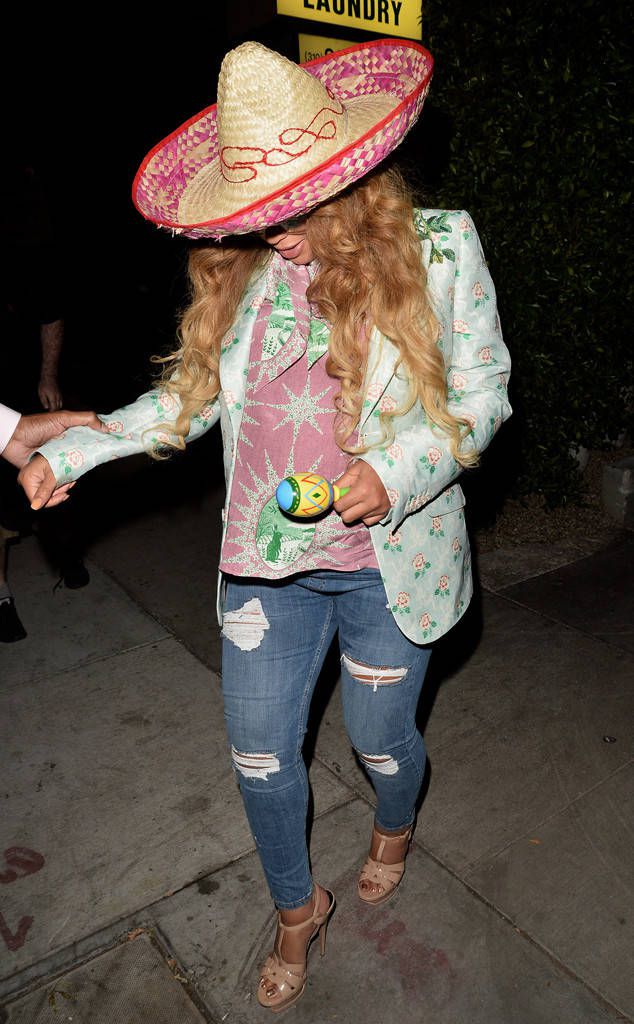 We remind you that the star is expecting twins. She marked the holiday in LA with her BFF. The singers were snapped in sombreros while leaving the Gracias Madre vegetarian Mexican restaurant located in West Hollywood.

The pregnant star wore her accessory with a patterned shirt of pink colour. She also had ripped skinny jeans of blue colour, a light floral jacket and nude sandals on. Besides, Beyoncé had clutched a maraca. Rowland was sitting in a vehicle meanwhile. She was clad in a denim jacket over a white top.

Beyoncé is currently in the 3rd trimester of her pregnancy. According to a source, she should deliver sometime later in May. She is already mother to 5-year-old Blue Ivy.

The songstress and Jay Z, her husband, are already aware of the sexes of their babies, but they have not announced them yet.