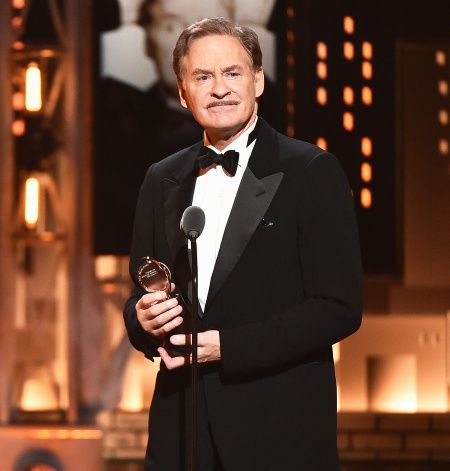 Kevin Kline's trophy collection was enriched with one more unit. Our congratulations, Kev!

Kevin brought the award for best actor in a play at 2017 Tony Awards for acting in Present Laughter.

It was follows a successful comedy actor Garry Essedine performed by Kline. He is self-obsessed and is preparing to make a journey for a touring commitment in Africa.

The star had a sleek look in a classic black tux when he got onstage for the award. Kevin expressed thanks to his wife and kids.

Kline is among nominees in past Tonys wins. He has already got 3 awards.