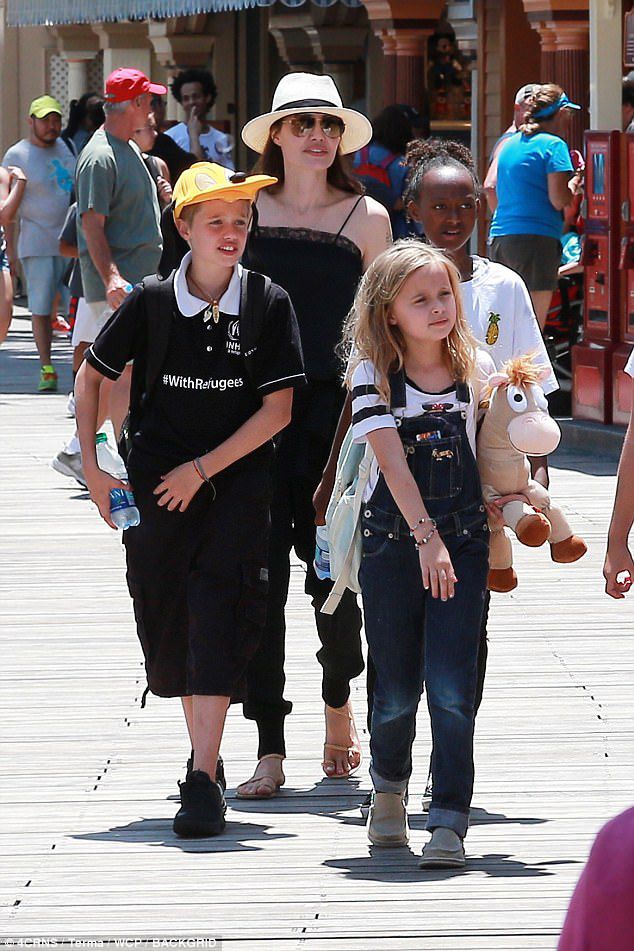 Angelina Jolie had a trip to Disney California Adventure Park and Disneyland with Vivienne and Knox for their 9th birthday.

The 42-year-old actress had all the rest of her children with her. She is also mother to 11-year-old Shiloh, 12-year-old Zahara, 13-year-old Pax and 15-year-old Maddox. According to a source, the children were accompanied by bodyguards and a guide.

Photos on the Web suggest that Angelina was clad in a black tank top and pants. She also had a white sun hat on. The mother and her kids were seen riding on the Mad Tea Party spinning teacups as well as Silly Symphony Swings.

One person wrote on Tweeter that Jolie and her children bumped into her. According to another person, Jolie waved them while riding on the Teacups.

It looks like the actress and her children also attended the Downtown Disney promenade. Lots of social media users could see them.