Amber Heard Had To Leave The Unite4: Humanity Gala Early 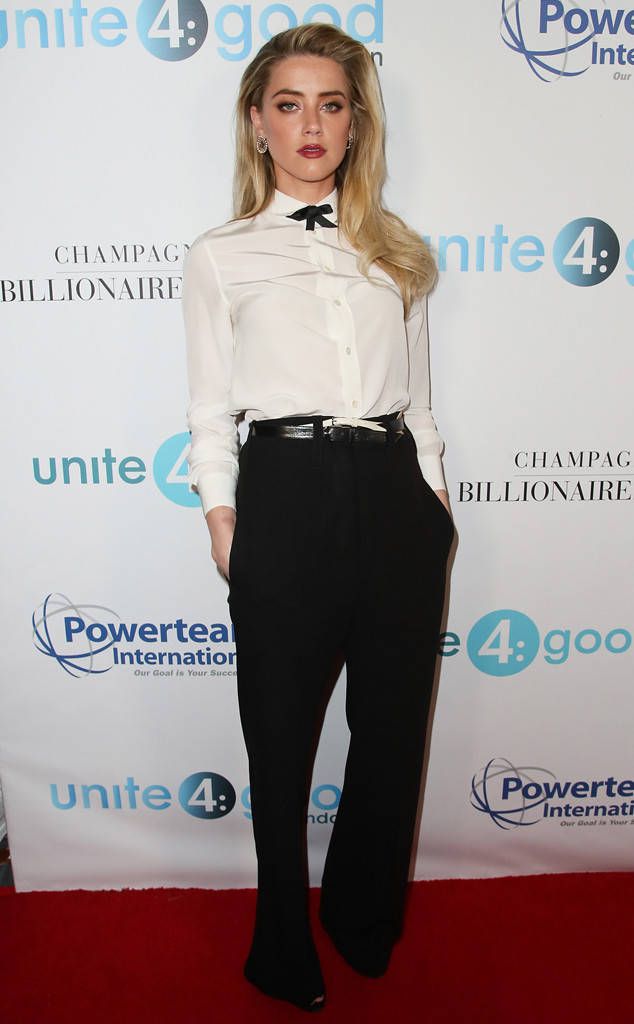 Amber Heard did not get a chance to stay at the Unite4: Humanity gala for too long. Amber had to accept an award there this Friday, but the star had to leave before getting on stage because of a “serious emergency”, her friend reveals.

Heard wore black pants and a white blouse for the event. Later on she was seen in a dining room with sister Whitney Heard, model Cara Delevingneand some other people at the Beverly Wilshire Four Seasons Hotel. It was clearly seen that the star is distressed and uncomfortable.

According to a source, Heard had suffered a medical emergency and attended the hospital to get checked out. However, the star has not confirmed this herself.

Cara and her friend accepted the award instead of Amber. They stated that that their dear friend has suffered a bit of emergency and had to go.