2 Amys And Photobombing: Adams And Schumer 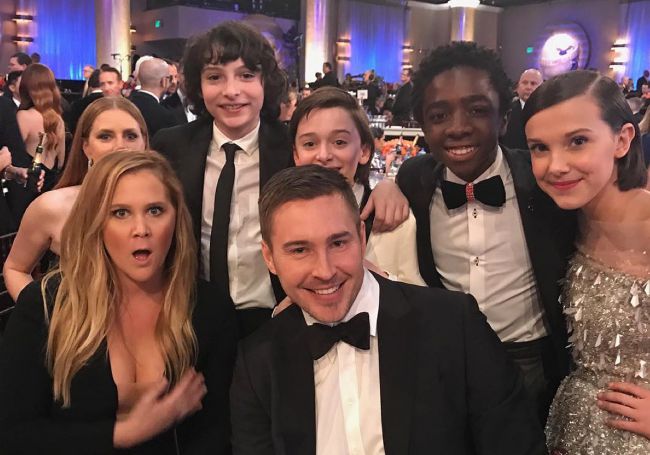 Amy Adams definitely had fun at this year’s Golden Globes awards. The ceremony was held on January 8. She crashed Amy Schumer and Ben Hanisch (their snap) with Caleb McLaughlin, Noah Schnapp and Finn Wolfhard, the Stranger Things stars.

Schumer captioned the Instagram photo suggesting that things got strange. Schumer and her boyfriend are fans of Stranger Things. The two dressed up as the characters from the Netflix show this Halloween. Next thing Schumer did was uploading a shot of her and Adams. Goldie Hawn, her on-screen mom in Snatched also can be seen in the shot.

Hawn and Schumer decided to continue the fun taking selfies with their loves. Unfortunately, Hanisch’s face got in the snap only partly.