Who is a Perfect Dad? David Beckham is! 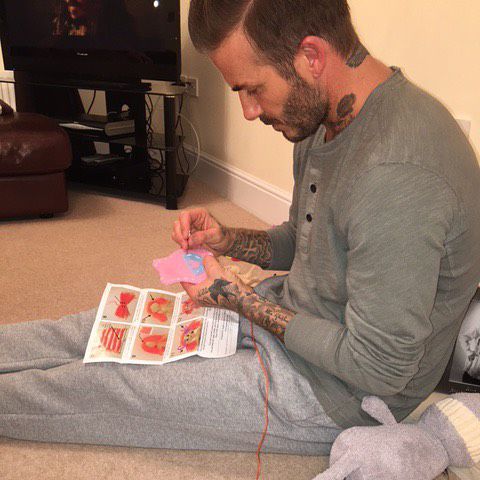 Victoria Beckham uploaded an adoring picture of David Beckham sewing a dress for a doll of Harper, their 4-year-old daughter. You can see the pic on Instagram. It appeared there on March 26.

The proud 41-year-old mother definitely liked that her husband can stitch the doll's dress.

The former 40-year-old soccer player is snapped sitting on the floor. He wears a gray Henley and sweatpants. The loving dad is practicing his sewing skills. Does he want to stun his wife, a prominent fashion designer?

We remind you that the star recently wrote a cute message for his wife on March 6. It was the U.K. Mother’s Day.

Their life with kids started 17 years ago. David wrote that his kids have the most wonderful mother. Besides, he stated that he loves her for many reasons. The main reason is that Victoria gave him the most amazing kids.

The starry duo got married in 1999. They are parents to 4-year-old Harper, 10-year-old Cruz, 13-year-old Romeo and 17-year-old Brooklyn. On St. Valentine’s Day the whole family came to support their mother to the NY Fashion Week show.