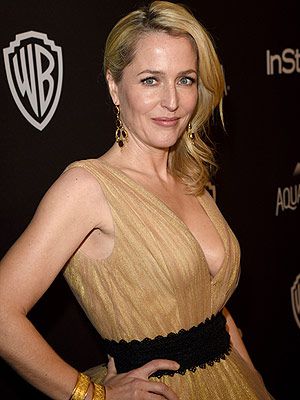 You’ll never know what will be terrifying to your kid.

Gillian Anderson decided to show an episode from The X-Files for 7-year-old Felix and 9-year-old Oscar, her sons. Who could have expected such a reaction?

Her idea did not work out. Anderson chose the least scary of all the episodes and the one of her favourite ones.
It is called “Bad Blood”. David Duchovny (Mulder) also stars in the episode. Anderson and Duchovny investigate possible vampires in the video that still terrified Gillian’s sons.

The actress confessed that Oscar and Felix had nightmares for weeks. The celebrity was surprised at this, because her kids have already seen Harry Potter with Voldemort and Orcs.