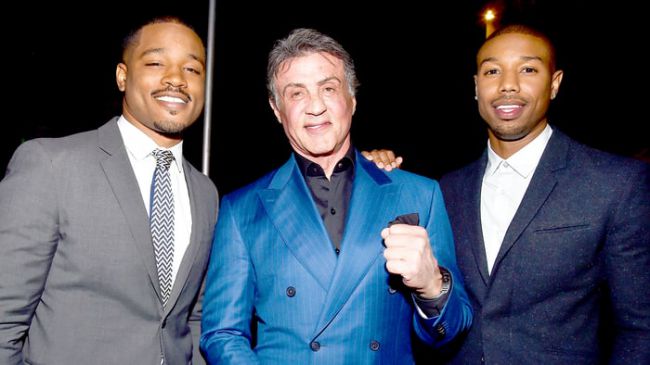 Sylvester Stallone was ready to give up his Oscars seat this year out of respect for Michael B. Jordan and Ryan Googler, his Creed director.

The 69-year-old star was last nominated for an Oscar almost 40 years ago (back in 1977). He shared with journalists that sitting out the event was important to him because of his colleagues and solidarity with #OscarsSoWhite boycott. Stallone shared this information at a luncheon for nominees on February 8. It was held at the Beverly Hilton. Such stars as Leonardo DiCaprio (The Revenant) and Brie Larson (Room) attended the luncheon.

The Rocky actor remembers speaking with Ryan Googler when the controversy happened. Sylvester asked him how he was going to handle that as he believes in responsibility of the director for him.

Sylvester paid credit to Michael Jordan, the Creed’s star. The actor is sure that every time he looked in Jordan’s eyes as an actor, Michael made him better. Stallone considers that Jordan needs more respect.

The Expendables actor let Googler decide if he attends the ceremony. We remind you that it will be held on February 28. However, Ryan told that he wanted the star to go there.