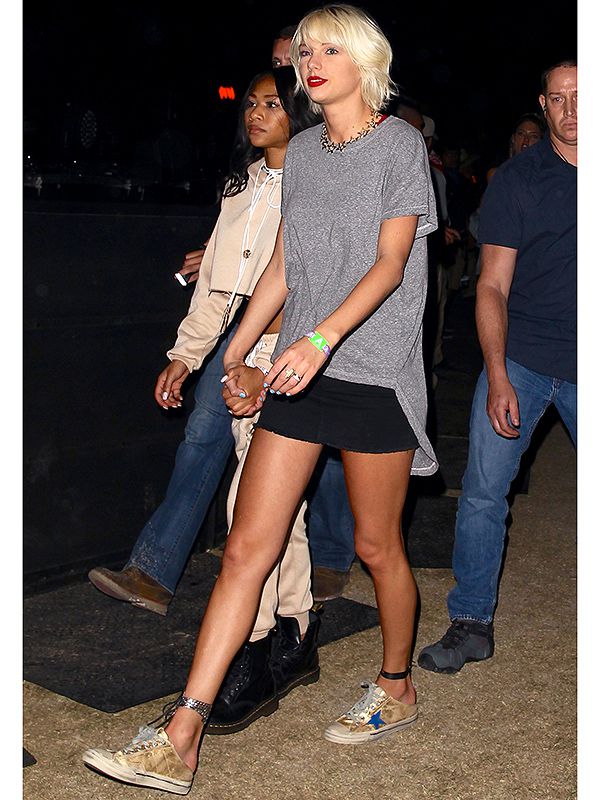 The songstress, 26, was seen at the star-studded festival during its 1st weekend. The star chose to ditch her high-fashion duds. She has a dressed-down look.

Taylor was seen in a gray T-shirt and a black skirt. She matched them with sneakers. That was during the concert of Guns N’ Roses this Saturday. Swift had her signature bold red lip and a new bleach-blonde bob.

Taylor visited the festival for the first time. The “Style” performer was holding hands with a friend while her crew and she were walking around at the festival. Swift shared a few pictures on Instagram and Snapchat.

There is a photo of her Coachella group which includes Serayah, Jack Antonoff, Lorde and her younger brother Austin. The caption for the picture says “Family photo.”

Before that the singer posted a black and white group snap suggesting a new fashion trend for the festival.

The caption asks if there should be new flower crowns and chokers.