Steven Tyler and His 28-Year-Old Girlfriend 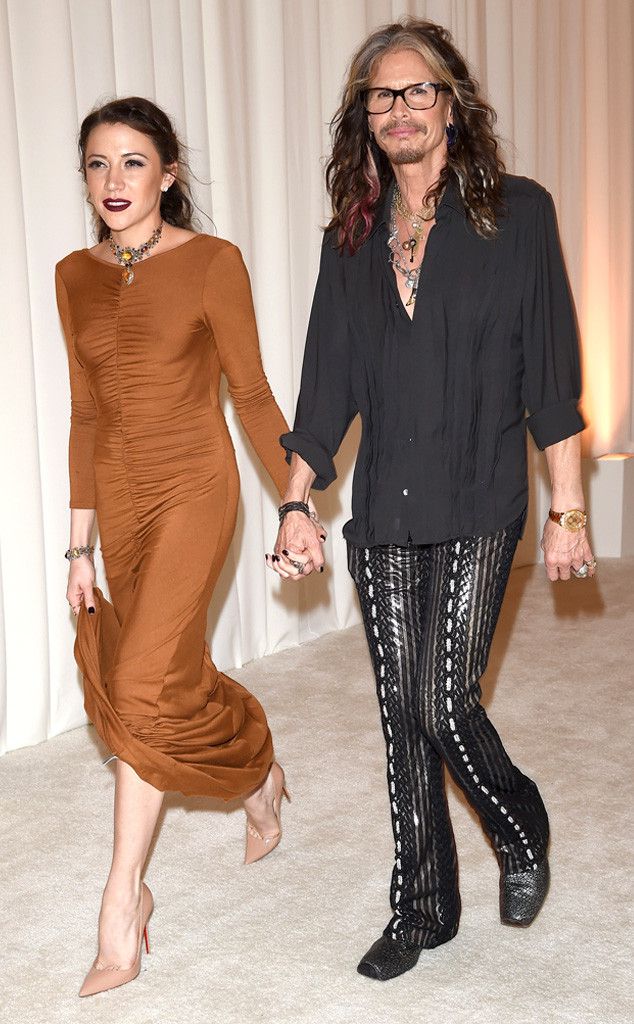 The rocker from Aerosmith has shown us his ladylove. It appeared to be his assistant Aimee Ann Preston. Imagine, she is 39 years younger than the famous star!

The couple looked great in snazzy looks at the Oscar Viewing Party of Elton John AIDS Foundation. The event happened on February 28. The 67-year-old musician wore his well-known tight black pants and a loose shirt. His 28-year-old girlfriend showed up in a long, fitting gown.

Steven Tyler and Preston did not cut a swathe in front of the cameras too much. A source informs that the due was not shy about showing their love for one another during the party.

Gossips about their relationship spread almost two years ago. Then the couple was seen lounging under the sun of Maui. They tried kayaking and had fun in the water.