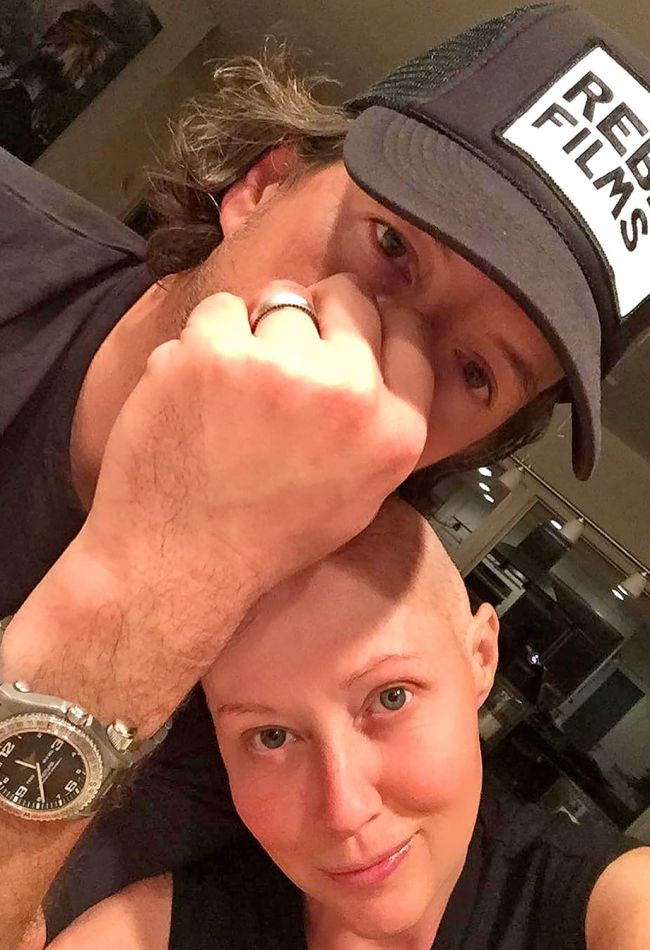 Shannen Doherty uploaded adorable pictures of Kurt Iswarienko, her husband, and called him a “soul mate”. He is being very supportive during the star’s cancer battle.

The Beverly Hills, 90210 star is under chemotherapy from breast cancer.

The challenge will last 7 days and it started on September 26. Shannen uploaded a photo from her and Kurt’s wedding (2011) on this day.

Sarah Michelle Gellar suggested her to accept this challenge and the 45-year-old is thankful to the actress. She also advised Doherty looking through some old photos to evoke some pleasant emotions.

The Charmed star uploaded a recent photo on October 1. It is possible to see her bald head. Shannen shaved it and began the chemo after it was found out that the cancer had spread.