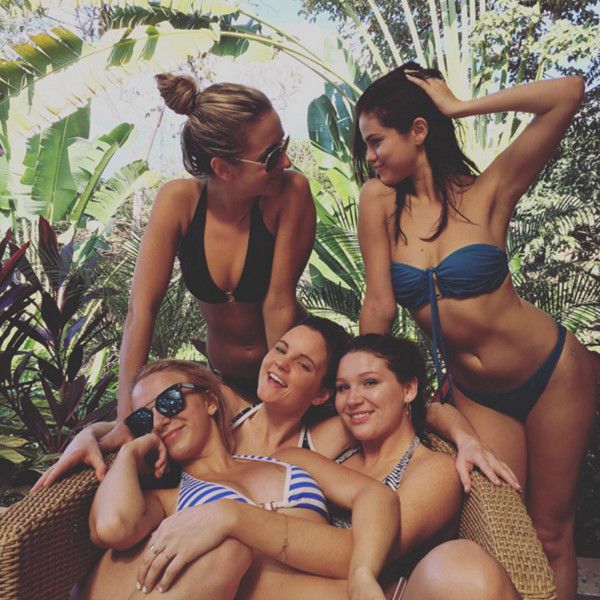 Selena Gomez uploaded a photo on Instagram this Saturday. The star has a splendid outlook! She is rocking a strapless peacock blue bikini during a hangout with 4 friends in tropics.

Selena left her phone behind in order to come. She expressed thanks to people she had met this year. More importantly she thanked people who have been consistent and together with her.

The star broke up with Justin Bieber. The couple had on and off relationship since 2011. She also started off a single in 2015. She and Niall Horan, the singer of One Direction, spent time together. This fact caused rumours about their romance.

Selena performed at the last year’s Victoria’s Secret Fashion Show in November. She also released the hit singles “Hands To Myself”, “Same Old Love” and “Good for You” (with A$AP Rocky).