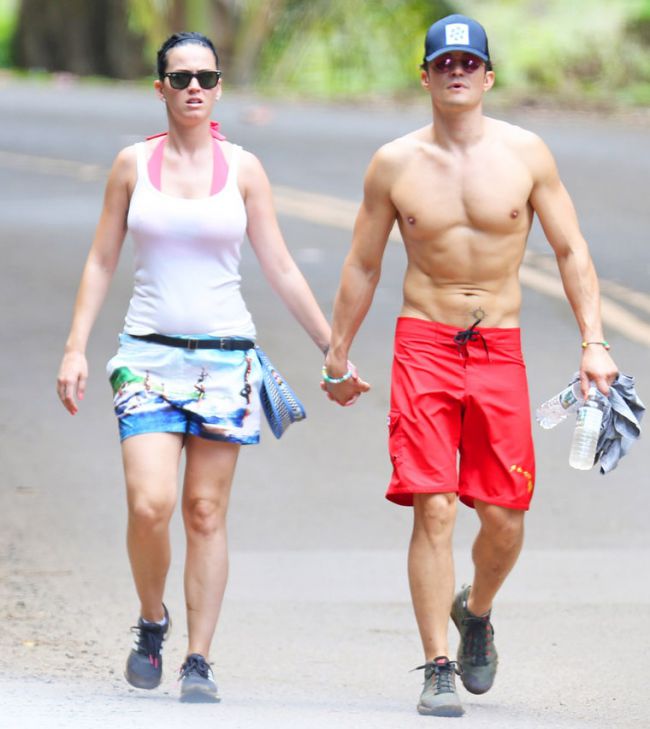 Katy Perry and Orlando Bloom had a romantic Hawaiian vacation. They were noticed hiking at Na Pali Coast State Wilderness Park on February 27.

Orlando took off his shirt and gladdened the public. On their way back he held onto Katy’s hand.

Us Weekly reported that the 39-year-old actor and the 31-year-old songstress hit it off back in January. They were flirting and dancing at Golden Globes afterpaty. The couple has been almost inseparable since that time. This February the duo visited a birthday dinner of Bloom’s manager. Moreover, they visited the birthday party of Exton, son of Robert Downey Jr., together with Bloom’s son, 5, from Miranda Kerr.

A source informs that Perry finds Bloom cool and hot. The couple are having fun, but do not put pressure on it. The duo was also spied dining with their friends at The Polo Bar in NYC on March 1.

Back in 2012 Perry divorced from Russell Brand. In January she left John Mayer, her on-and-off boyfriend. Orlando split from Kerr three years ago. His ex-wife is dating Evan Spiegel, the founder of Snapchat.