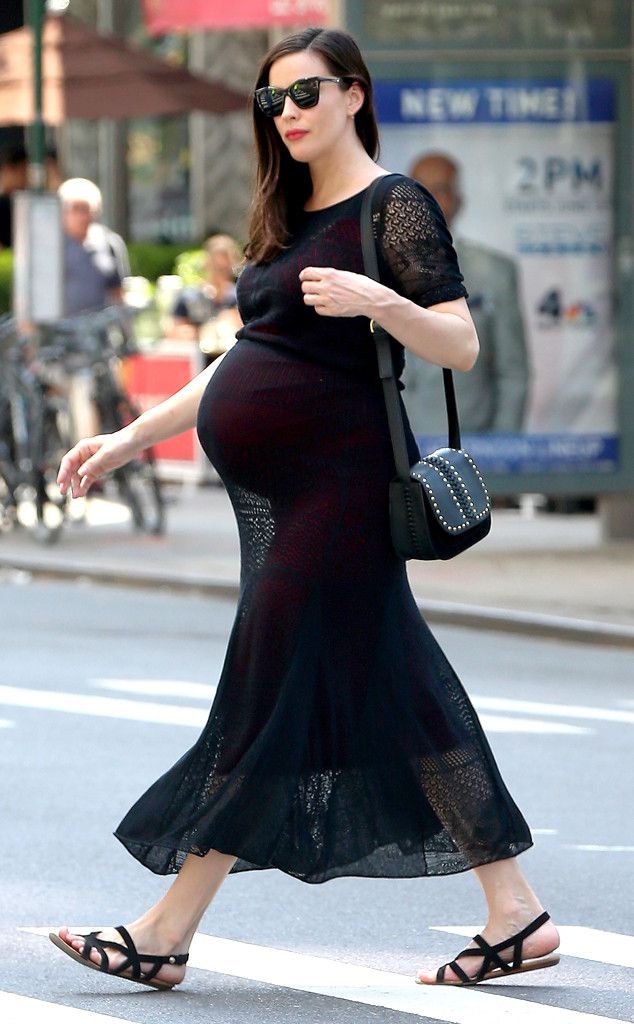 Pregnant Liv Tyler knows how to make some good jokes about baby bumps!

The actress, 38, will become mother for the 3rd time. She uploaded a picture of her walking in NYC on Instagram. Her huge baby bump can be perfectly seen in the photo. The star is wearing a black crochet short sleeve maxi dress. Liv is having a purse designed by herself for Belstaff in her hands.

She posted a smiley and wrote to “look at that bump.” The actress called it “giant” and “pointy.” Tyler is looking forward to meeting the beautiful little human that is inside.

The Lord of the Rings star revealed her pregnancy in January. This will be their 2nd child with fiancé Dave Gardner. The couple decided to keep the sex of the child in a secret. Liv and the sports agent have also a son, Sailor, who was born last February.

Besides, the actress has Milo, a son from Royston Langdon, her ex-husband and Spacehog musician.