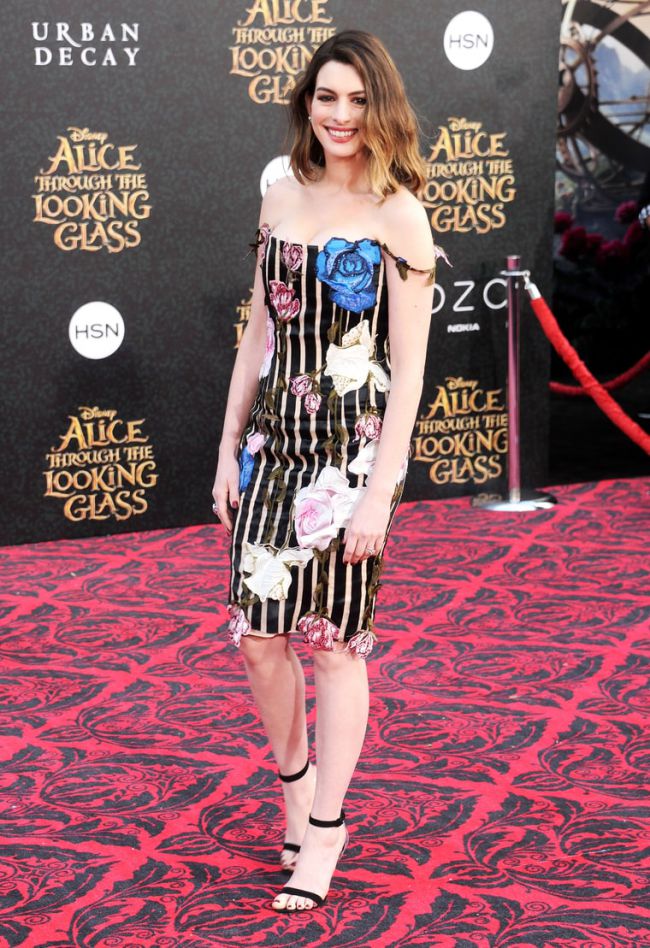 Anne Hathaway rocked her body after delivering a baby. She showed up at the Alice Through the Looking Glass debut. The event happened on May 23 and was held in Hollywood. Anne delivered a baby boy on March 24. The boy was named Jonathan Rosebanks Shulman. Hathaway sported a rather whimsy and sexy mini-dress.

The actress reprises her role as the White Queen in the sequel to Alice In Wonderland. She chose a custom mini by Christopher Kane. Tim Burton has obviously influenced it. Black and tan stripes were vertically positioned on the dress. The frock featured blue and pink rose appliqués on the hem and bodice. Off-the-shoulder straps reminded of stems. The outlook was finished with black single-strap sandals by Christian Louboutin and regular studs shining under her wavy lob. 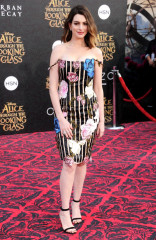