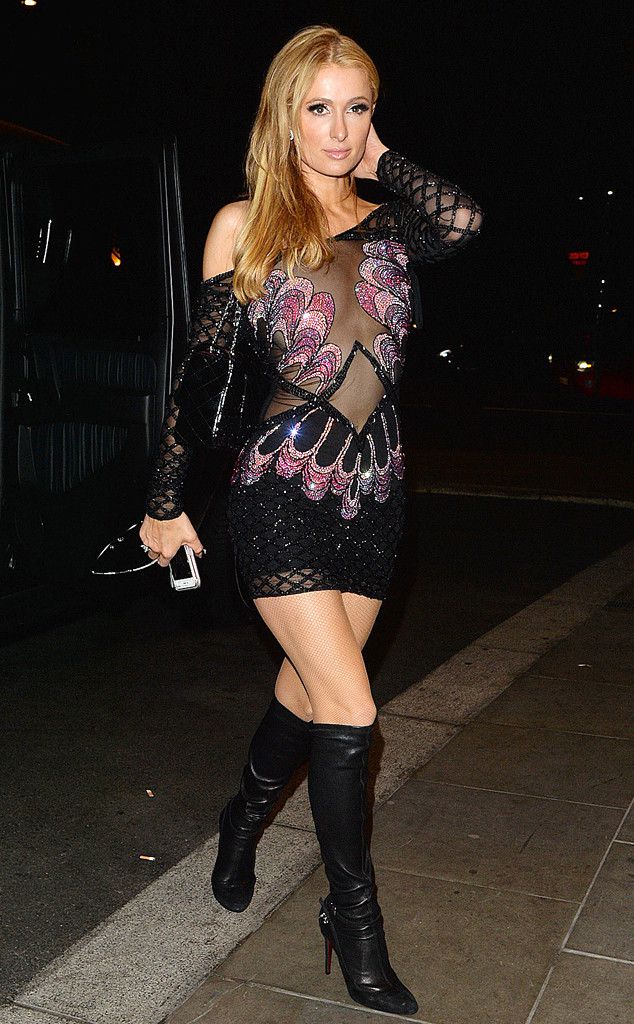 Paris Hilton had a wardrobe malfunction while wearing semi-sheer, black and pink sequined mini dress. She was in London. The ensemble did not manage to cover a big nude nipple pasty this Saturday night.

The socialite, heiress and ex reality star matched her outlook with dark sunglasses, nude stockings and knee-high boots from leather. We don’t know if Paris simply did not notice the malfunction or decided to ignore it. The only thing we know is that Hilton had a neutral expression while coming out of the restaurant.

Oh, and one more thing. The 35-year-old star had an iPhone with… a smashed screen in her hand!

Later Hilton was spotted at the nightclub party with her friends. The celebrity uploaded a few pictured and videos from it on Snapchat.

We spotted Paris partying at this year’s Cannes Film Festival. The star showed off a few elegant chick outfits. Without wardrobe malfunction, by the way! 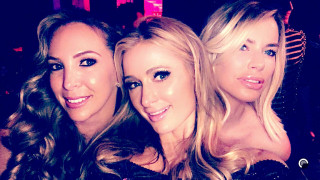