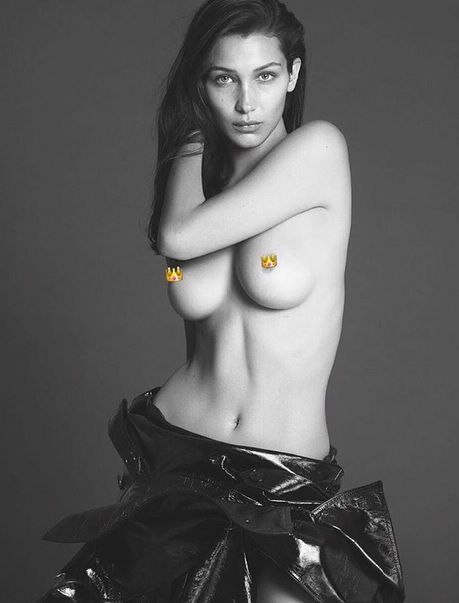 Bella Hadid has revealed a whole bunch of almost-naked moments and now she has bared everything for a coveted honour. See the French Vogue September issue.

The star has a rather fierce look in Dior themed cover. However, the most stunning part is covered inside. The model, 19, can be seen in black-and-white portraits. They were taken by Marcus Piggot and Mert Alas.

Yolanda Hadid’s daughter can be seen topless wearing just a leather garment that covers the lower part of her body.

This march Gigi, Bella’s older sister could be seen on the cover of Chanel No.5. She was in nothing but just a few spritzes.