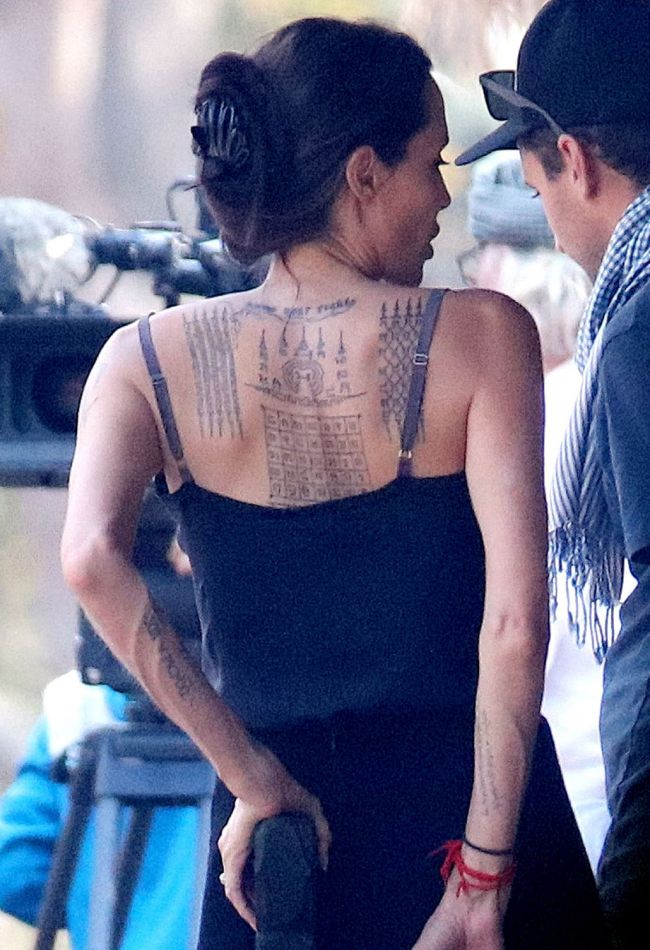 Have you seen new tattoos of Angelina Jolie? The Oscar-holder was seen with three new back tattoos during the shots of the coming-soon war drama called First They Killed My Father. The sets are located in Cambodia.

Now the star sports three large tattoos plus the two existing ones on her upper back. It is possible to see two black symbols in the middle and the third one on Jolie’s right shoulder blade. Daily Mail explains that the bottom and right tattoos present ancient markings. Meanwhile, the other is a symbol of good deeds, a "Paech chaluaek".

As to the earlier tattoos, Angelina obtained a Buddhist prayer back in 2003. Next year the actress added the phrase “Know Your Rights” to the existing tattoo. The beauty also has a tiger on her lower back.

The 40-year-old actress will present her latest designs on the red carpet. Last November Jolie could show only the tiger and wings while wearing a backless dress at the Innovator Awards of WSJ Magazine that was held in New York City.