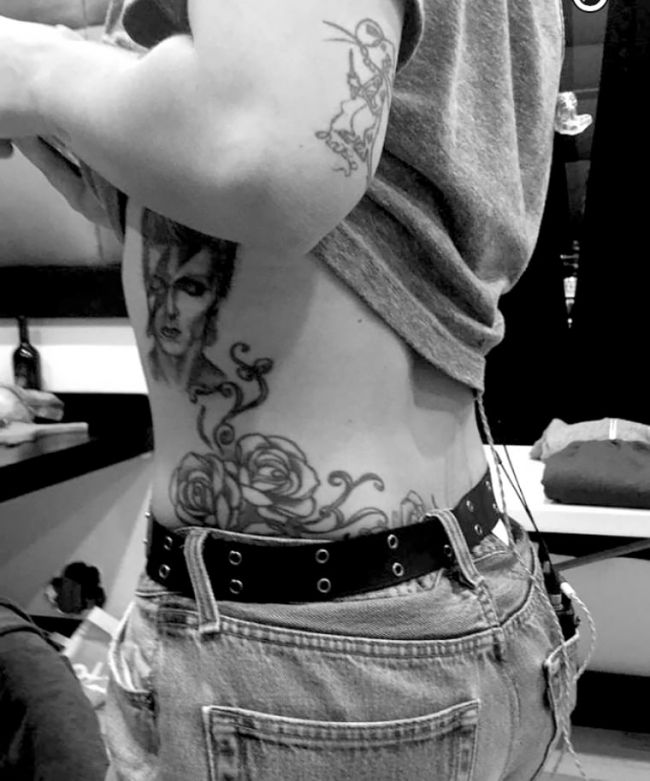 Lady Gaga was chosen to perform a heart-touching tribute to the late David Bowie at the 58th Annual Grammy Awards. The ceremony was held on February 15. However, she did more in order to honour the rock legend.

The 29-year-old singer boasted her new rib tattoo. It features the star’s iconic Aladdin Sane album cover. There is a closed-eyed rock star with a red and blue lightning bolt over his face on it.

Lady Gaga has already had a giant rose on her lower left hip. Its flowers and vines are cascading across the songstress’ lower back.

We remind you that David Bowie has left us because of his struggle with cancer at the age of 69 on January 10.

Ken Ehrlich, Grammy producer, revealed that they had already booked Gaga on 2016. Though, when David died, they realized that they had no change direction. It was as clear as a day for them that it is Lady Gaga who will honour the rock star.