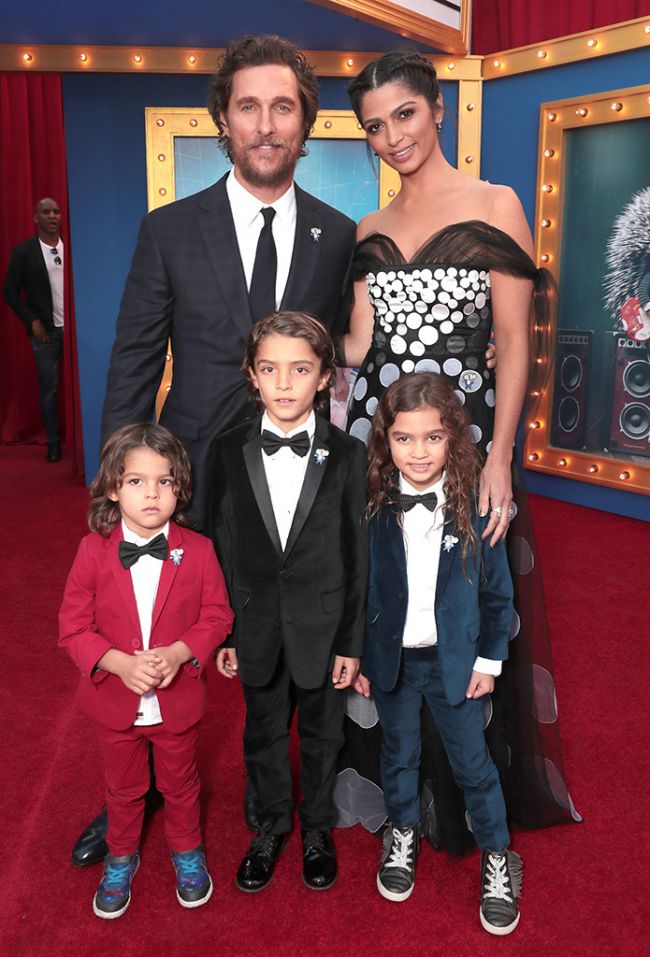 Matthew McConaughey and Camila Alves, his wife, as well as their kids showed up on the red carpet at the debut of the star’s latest animated film called Sing. This happened this Saturday.

The couple has a six-year-old daughter Vida and 2 sons – an almost-four-year-old Livingston and 8-year-old Levi. The show was stolen by the family by almost twinning!

The actor and Levi put on black tuxes. Levi also had a black bow tie. His dad wore a regular one. Livingston was clad in a red tux and black bow tie. Meanwhile the couple’s little princess sported a navy blue tux with a black bow tie. All of them had white flower boutonnieres on.

Speaking to E! News, Matthew opened up about the plans his family has.

As for the film, Matthew’s co-stars in it together with Seth McFarlane and Reese Witherspoon.

The main character and Koala Buster Moon is performed by McConaughey. It wants to make a huge singing contest in a bid in order to restore a theatre.

The actor shares that he needed to do something his children could see. And he did it.

Await the film to be released on December 21.