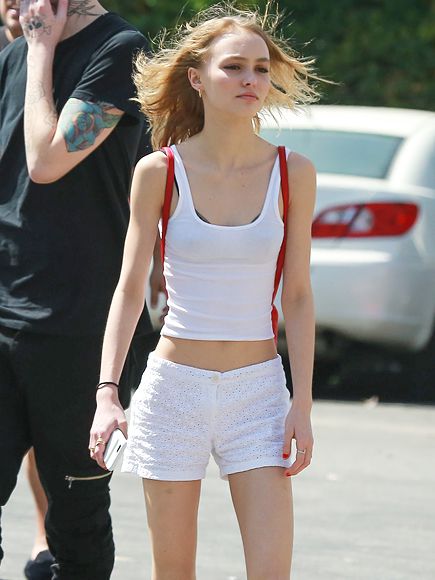 Lily-Rose Depp appears on public more often. Meanwhile Johnny Depp, her father is in the middle of divorce from Amber Heard.

Depp’s 17-year-old daughter had relaxed outlook during her afternoon outing. She went out with some friends in LA. Ash Stymest, her boyfriend was also present. The company had a meal at a Studio City restaurant. Ash and Lilly-Rose looked adorably together.

Previously Lilly-Rose defended her dad. She shared a sweet Instagram message which read that Johnny is the “most loving person” she is acquainted with.