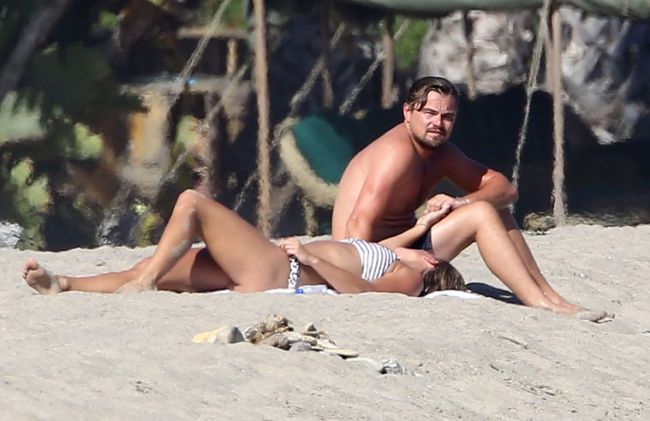 Leonardo DiCaprio and Nina Agdal, his girlfriend, got caught at the Malibu beach on June 14. They definitely had some romantic time!

The 41-year-old actor and the 24-year-old model from Denmark lied under the sun on the sand. He leaned in… for a full-on make-out session.

They had some fun in the water and then Nina hugged him and kissed his head. The couple looked very happy together.

Agdal wore a striped bikini, so her svelte body could be seen perfectly well. The Revenant star was clad in navy blue shorts.

We remind you that Agdal dated with Adam Levine some time ago. Earlier in July the news leaked about her relationship with Leonardo.

The two had some great time in Montauk (N.Y.) not long ago. Then they flew to a private island located in the Bahamas.