Kourtney Kardashian in the Pool 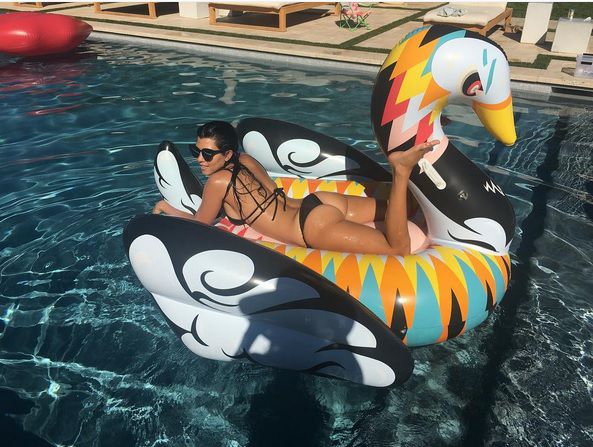 Kourtney Kardashian appeared in bikini in a pool on August 13. She was lounging on a colourful swan.

The 37-year-old star wore a black string bikini. Her hours in the gym were not a vain as the mother of three looks just gorgeous.

The snap had a caption, it said “when you can’t find me…”

The star seductively looks over her shoulder while lying on the stomach.

There also are the other 2 pictures. The celebrity is also relaxing in the pool on them.

The reality star revealed 5 of her secrets to look best in a bathing suit. She advised never to miss breakfast and stop ourselves from eating 2 hours before sleeping. 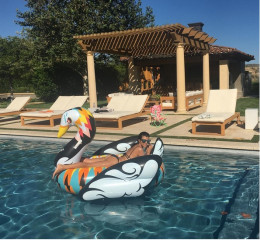