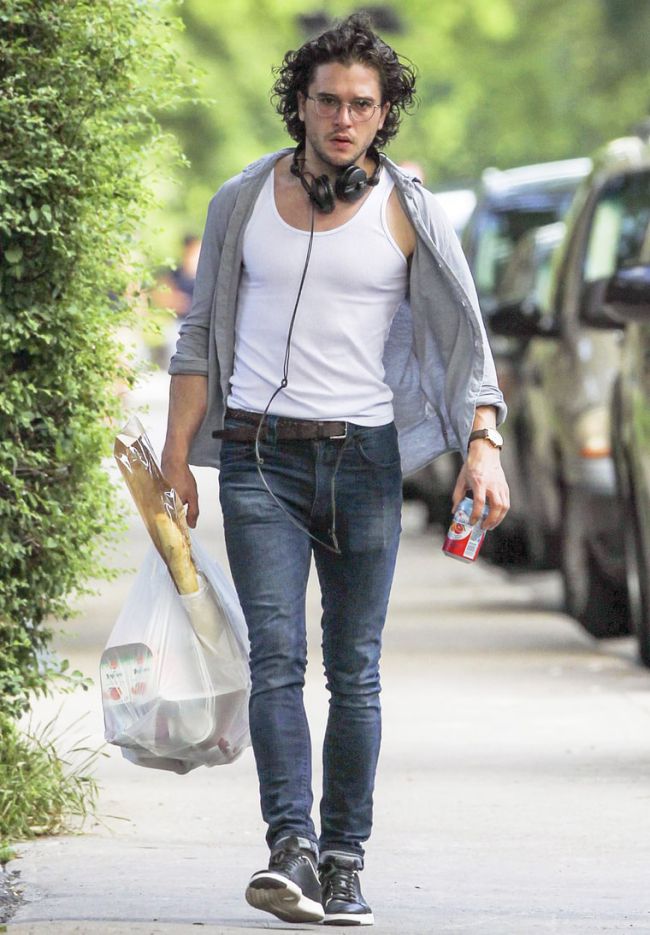 We could not recognize Kit Harington on August 18. We spotted the Game of Thrones star in Montreal (Canada). He wore eyeglasses, jeans and a fitted tank top. What did he do there? He went grocery shopping.

The 29-year-old hunk whom we used to see with beard had just a hint of stubble!

Now the actor is starring in The Death and Life of John F. Donovan. Reportedly, the film tells about a young actor recalling his relationship with his American television idol (performed by Kit) who died 10 years earlier.