Justin Bieber and His Calvins 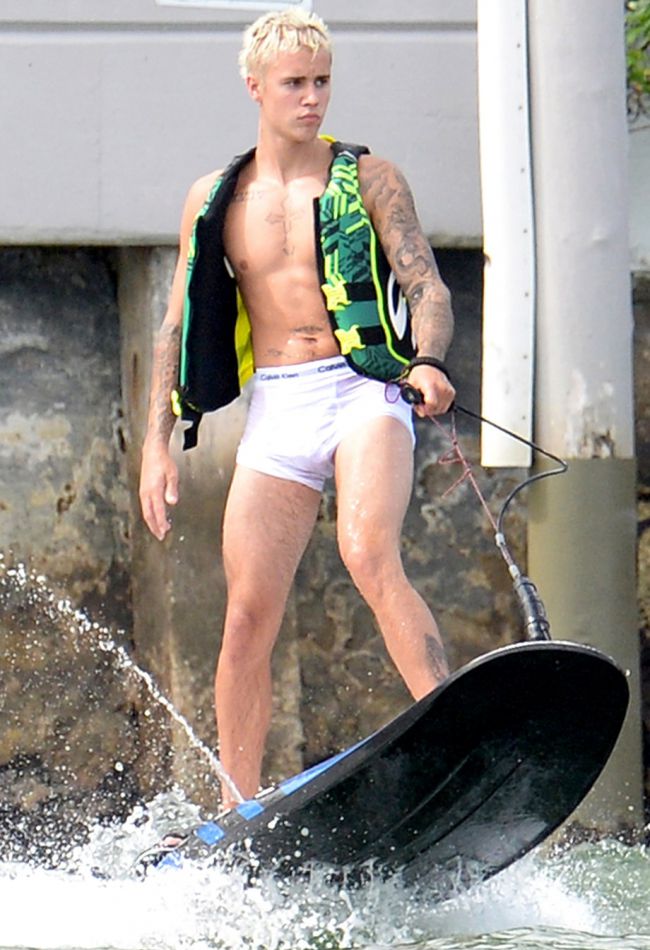 The 22-year-old singer uploaded a picture on Instagram. He is wakeboarding on the pic. Justin made a caption that says “Not bad boys”. By the way, his tighty-whities were almost see-through.

The “Love Yourself” performer visited Miami for the concert on Sunday. He was also going to celebrate the Independence Day. Bieber was accompanied with several friends. Ashley Benson, Pretty Little Liars star was among them.

The “Sorry” performer was seen with Kourtney Kardashian, his previous fling, at the birthday party of David Grumman at a nightclub. A source says that the two sang Justin tracks and danced together in the DJ booth. However, they did not look as romantic.

Justin was seen with Nicola Peltz, the Transformers star. She also visited Miami. At first the two were spotted this May. They came to dine at Mastro’s in Beverly Hills. After that the pair visited Justin’s hometown of Toronto. An insider assures that Bieber is really into Nicola.