Happy Jennifer Lopez in NYC After Split From Casper Smart 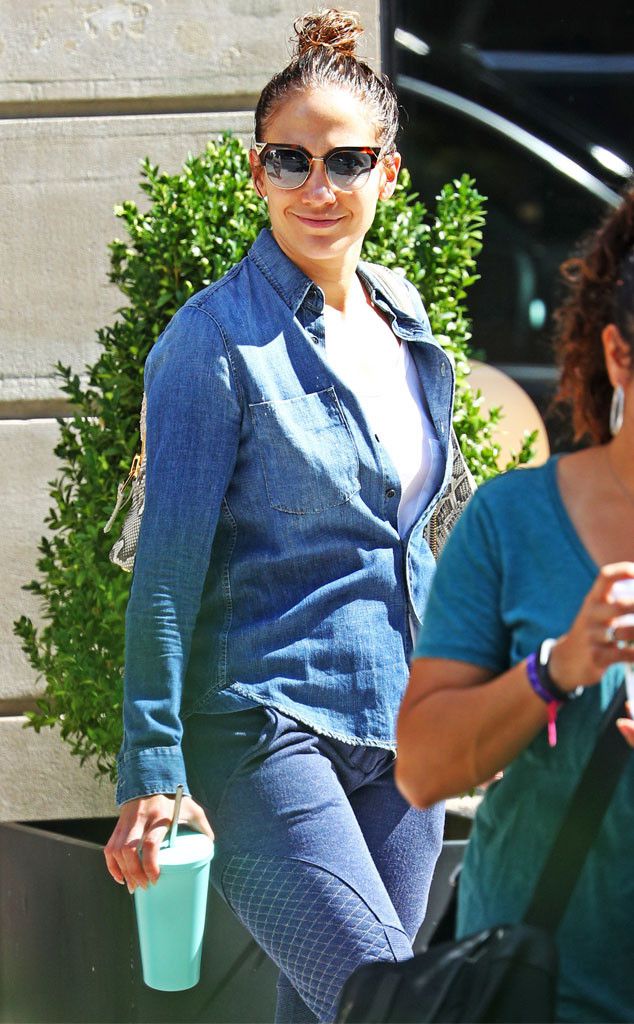 Jennifer Lopez was seen smiling all the time while leaving NYC building. A day earlier it was reported that the singer parted from Casper Smart, her boyfriend.

Shortly after her departure Smart was seen wearing a hoodie. That was made in order to remain unnoticed, we suppose.

The star got into the vehicle after she has done some shopping (all by himself).

The "Ain't Your Mama" performer and the dancer acquainted after Lopez parted from Marc Anthony, her husband. That happened 5 years ago.

The mother of twins and the 29-year old star split two years ago and reconciled in the end of spring of 2015.

Though, both starts assured there’s just friendship amid them.

Sometime earlier Jennifer stated that she is not engaged and she even did not suspect that there were rumours.