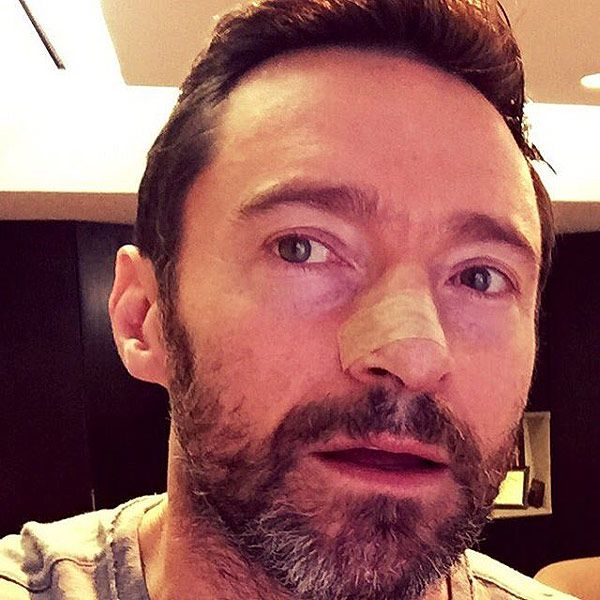 One more time Hugh Jackman was treated for skin cancer on the nose.

The Wolverine actor uploaded a bandaged post-op picture of himself on social media this Monday.

He captioned the image saying that such things happen when one does not wear sunscreen. Even though his cancer form is the mildest one, it is still rather serious. The 47-year-old actor asked everybody to wear sunscreen and check your health at the doctor’s regularly.

The star’s representative reveals that the operation was successful. Hugh had a basal cell removed on Monday. The margins are clear and the celebrity is doing fine.

The actor has already been using social media to warn people about skin cancer. We have counted Jackman’s 3rd post-op picture in three years and 4th procedure done on his nose.

Three years ago in November the star was fist treated for basal-cell carcinoma. The star uploaded a picture on the Web and revealed that it was Deborra-Lee Furness, his wife, who had encouraged him to check the “mark”. The second photograph was uploaded in May 2014.