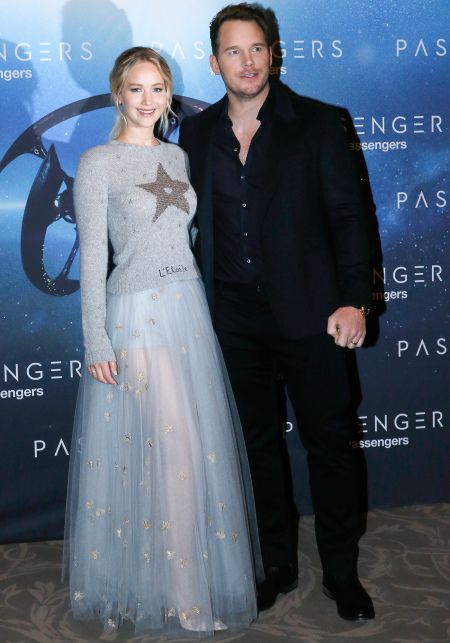 The  Passengers will reach theatres soon. Expect it to air on December 21.

Fans insisted on Chris posting photos with Jennifer. They were really turned on to see the snaps of the co-stars together. So, the actor did what he was asked… but with a certain twist. The actor actually has not actually showcased the actress. He uploaded Jennifer’s hair, half of her face and a drinking glass. It was very smart of him, don’t you think so?!