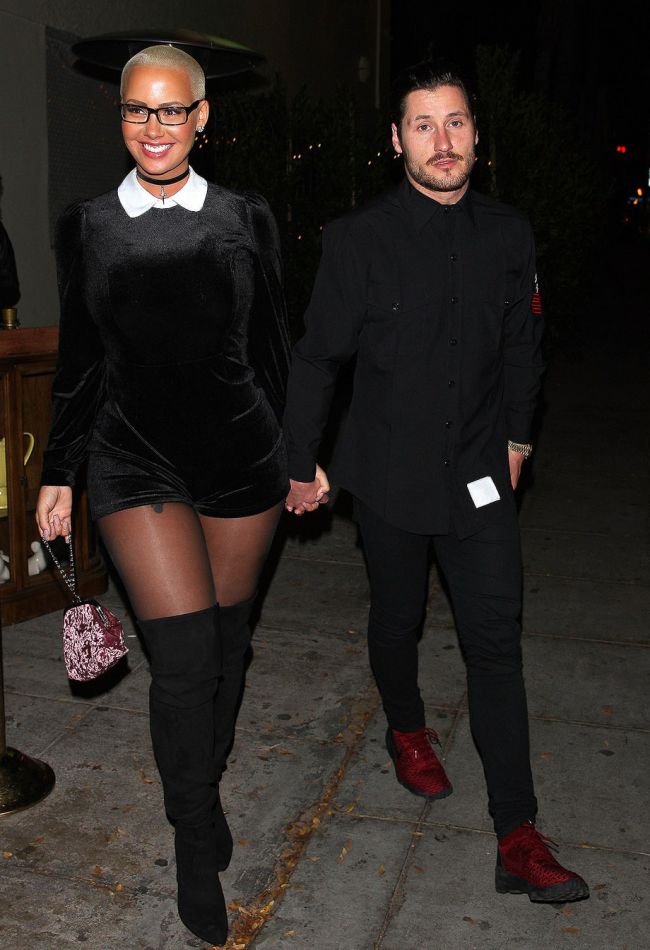 Amber Rose was rumoured to date with Val Chmerkovskiy. They were spotted holding hands in LA on December 9.

The 33-year-old model and the 30-year-old Dancing With the Stars pro arrived at West Hollywood hotspot Delilah. The two came there for dinner. Amber wore a black velvet playsuit and over-the-knee black boots. She also had a black-button shirt, red sneakers and black pants on.

By the way, the star rivaled with Maksim Chmerkovskiy, Val’s brother on DWTS 23rd season. Rose was in high spirits during the dinner date.

According to a source, the two were just friends, but then became a couple. Meanwhile, an insider from Val’s part states that they are just friends.