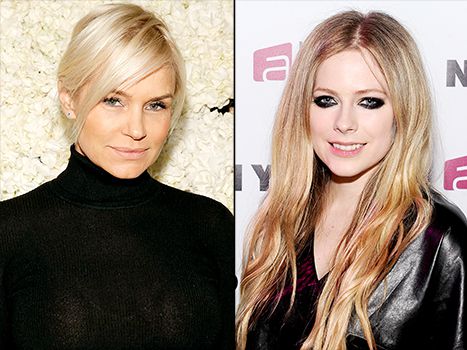 The Real Housewives of Beverly Hills actress Yolanda Foster has told about her struggle with Lyme Disease and revealed that she lend a helping hand to another celebrity who is facing the same battle.

The 51-year-old Foster shares with Bravo’s Daily Dish that she took Avril Lavigne under her wing and gave the star all her knowledge about the problem.

The 30-year-old pop-princess had been hinting at her problems with health for months, but this week she has announced about her infectious disease.

Foster admitted she is really proud of the “Complicated” performer who shared her problems with the public.

The Canadian singer told about her problems with health for the first time in December. After that the star stayed out of the public eye for a while. Then she wrote a direct message to a fan on Twitter who asked if the star was doing fine.

Avril wrote to her fan group she feels sorry that did not have a possibility to share about her problems with fans and tell them why she has been absent. The star confessed that she is not feeling well and asked keep her in everybody’s prayers.

The singer has been sharing benevolence from admirers and supporters on Twitter for several months after they saw a lull in her schedule of records. The pop-princess released her latest album named Avril Lavigne in November two years ago. Several months before the star tied a knot and exchanged vows with Chad Kroeger.