Who is PETA's Sexiest Vegetarian Celebrity? Miley Cyrus is! 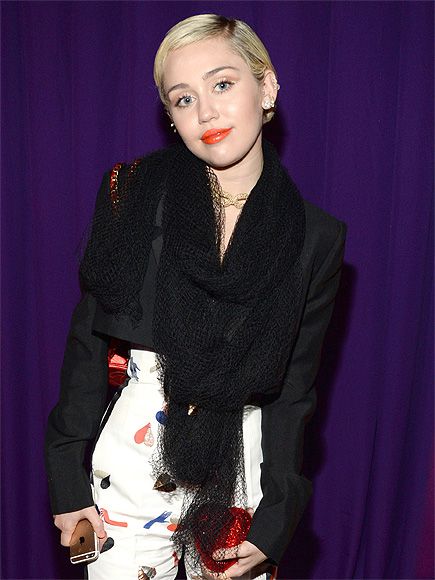 Miley Cyrus has been acknowledged to be PETA's Sexiest Vegetarian Celebrity of this year.

The famous singer received an award after she led a vegan lifestyle. Cyrus shared details of her diet with admirers with the help of social media.  The “We can’t Stop” performer excluded meat and dairy products from her daily ratio.

The 22-year-old hitmaker captioned one of her pictures on Instagram saying that there are so many good vegetables, fruits and plants to eat that people should not eat dead animals. She rivalled Ellie Goulding, Ariana Grande and Prince for the award of animal rights organization.

Not long ago the star has shared her story with Paper Magazine. In the cover story Cyrus tells that she has agreed to keep to the vegan diet and has adopted the vegan culture. The “Adore You” singer is posing with Bubba Sue, her pig.

Cyrus assured the magazine that she is ready to be held “accountable” by her admirers.

The star’s diet extends even to fish. The performer grieved publicly when Pablow, her blowfish, died. Cyrus even composed a ballad for her passed away pet last month.

The star sings that everybody went to eat on Saturday and she ordered soup and rice. The lyrics also read that the friends who ate her friend have ruined her appetite.