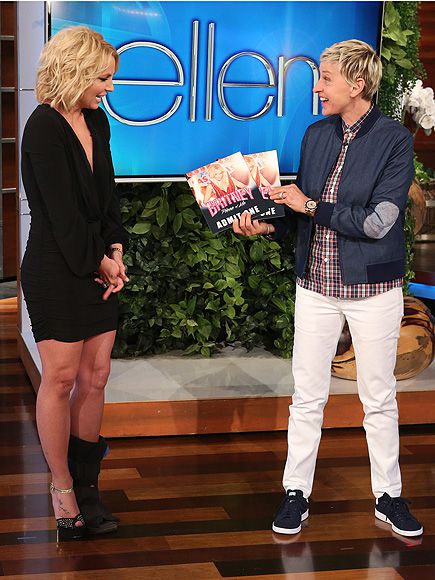 Britney Spears has injured herself after falling down at her Vegas show, but “the show must go on”!

Well, it will – for three more months.

The 33-year-old pop-princess showed up on The Ellen DeGeneres Show this Tuesday. The star surprised everyone with the news that her show will be continued. But what is more important, she had tickets for the show with her.

Ellen DeGeneres said that their entire audience was worth of receiving the tickets. The crowd went wild.

Britney Spears tells the 57-year-old DeGeneres that some of her ligaments were torn during the fall. Actually, the singer was not doing anything too hard. She was just bopping around. After eight years of shows this is not hard for a singer of her level. Spears confessed that she has never fallen on stage before. Therefore this experience is kind of embarrassing for her.

The singer says that she just fell down and got up then. At the same time her dancers guided her to continue the show.

DeGeneres stated that Spears’ Piece of me Show has won Best Show and Best Bachelorette Party in Vegas. So, the show will go on as long as her “wild” admirers keep coming to see it.

Spears noted that she has noticed a lot of wild things during the show. Britney saw tattoos of her face on people’s arms. The star considers it to be somewhat crazy.

The host considers it to be impressible when someone has your face on the arm. DeGeneres says it is a commitment.