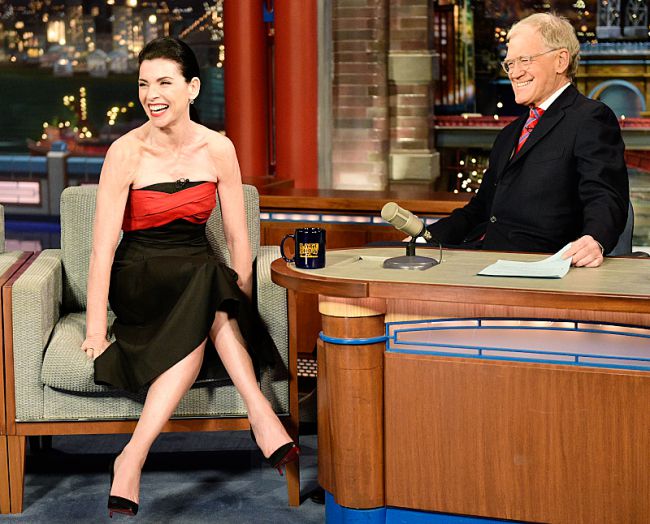 Julianna Margulies shares the price of her Good Wife wig on Late Show With David Letterman this Wednesday.

She has visited the show to talk about her hit CBS series with the name The Good Wife. One of the beauty details, the wig she wears as Alicia Florrick, costs $10,000!

When the 48-year-old actress asked the 67-year-old Letterman if it was a good wig, the host of the show agreed. Then he tried to guess the price of this perfect detail. “Ten grand?” he asked.

“Ten grand” was the answer of the star dressed in a red and black garment from Michael Kors.

Only imagine what can be obtained for $10,000! Though, the iconic character, who has scored Margulies two Emmy Awards, cannot be imagined without her flawless style, starting from the hair (having no a single tress out of its place) and ending with her perfectly tailored suits.

The wig was created to match the natural hairline of the actress. It is made from real human hair. The actress explained to the show’s host that as she naturally has curly hair, a wig measurably cuts down the time she spends in the makeup chair every day since her character, Alicia, is believed to have straight hair.