The Force awakened Harrison Ford to return to Star Wars 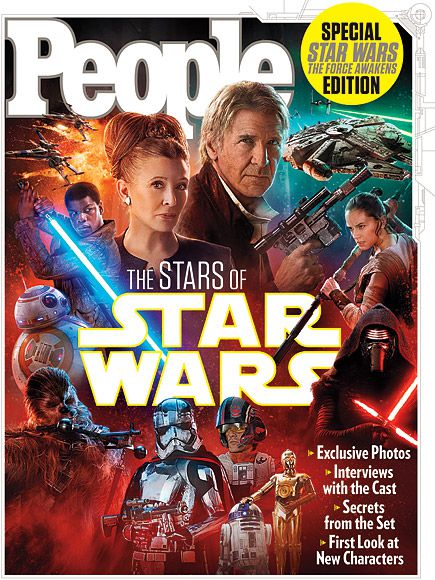 Harrison Ford has felt the force of Star Wars. He had a wish to kill the famous character in the original film trilogy and now he is performing one of the leading roles in Star Wars: The Force Awakens.

The 73-year-old actor shared with PEOPLE that it was fun to work with J.J. Abrams, the director. Ford is telling in the special issue that the director brought clear focus, energy and passion to the filming. Therefore, the actor had a great time as Han Solo.

In his conversation with PEOPLE after the first Star Wars film (we remind you that the premiere happened 38 years ago), Ford stated that it was “a silly” film. However, he agreed that it was “wonderfully made”. As we can see, Ford has never enjoyed Star Wars, though his character gave him a start to such famous roles as jack Ryan and Indiana Jones.

Kurt Russell and Al Pacino tried themselves in the iconic role, though Ford seems to understand the nature of Solo better than the other stars. He was very convincing during the early auditions. Harrison resisted a huge blue Peter Pen collar that was initially attached to Solo’s shirt. Therefore, he made his input in the character.

Recollect The Empire Strikes Back (1980). His prominent “I know” response to Princess Leia’s declaration of love was spoken out off-hand.  Besides, the actor pushed George Lucas to kill Solo in Return of the Jedi (1983) showing in such a way the stakes of galactic war. Thankfully, Lucas decided that Solo needs to live. Ford has not been answering the questions of his fans after that film. There were lots of questions. Will Han Solo and Princess Leia get married? Will they have children who embrace the Force?

Expect the answers during the film’s worldwide debut. It is scheduled on December 18. Ford assures that he does not worry about saying anything till that time. He likes keeping his mouth shut.