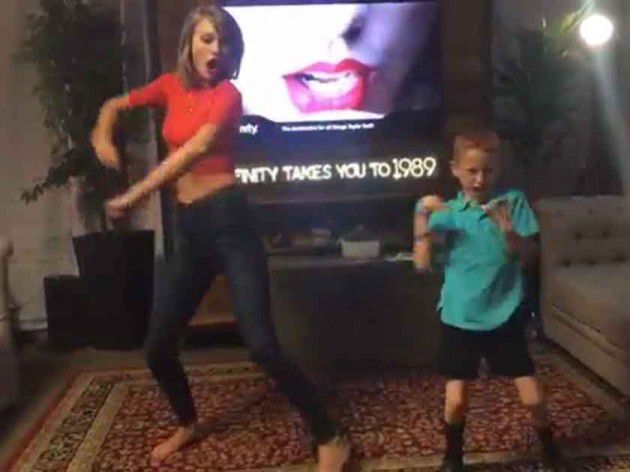 Taylor Swift shared a cute video on her Instagram account. Dylan Barnes, her 7-year-old fan is dancing to the star’s “Shake It Off”. The footage became a viral video very quickly.

The two can be seen dancing in a living room. It is possible to hear screams and laughter in the background.

Barnes is from Overland Park (Kansas). He came to Ellen DeGeneres Show and won tickets to a coming-soon show of Swift. The show’s host announced that the boy will have a chance to meet Taylor backstage.

The 25-year-old celebrity made the boy a present. She met and danced with him.

She captioned the video saying that she has finally met her 7-year-old fan who was so passionately dancing to her song.