Taylor Swift and HAIM Back-Up Nelly at his Tour 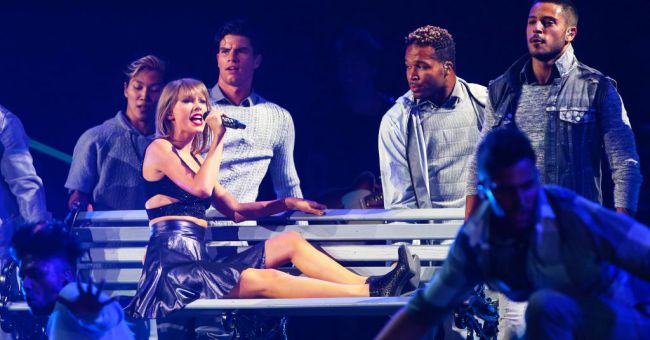 Rapper Nelly took Taylor Swift and a girl band Haim to sing and dance back-up during the St. Lois (Missouri) concert that was held on September 29.

The Shake It Off performer goes on with shocking appearances. The hip-hop celebrity was invited for a duet of The Fix, his latest single.

Haim, Taylor’s pals, also appeared onstage. The trio was dressed in white and performed the dancing part. While Nelly was rapping Hot in Here (2002), Haim was showing its best moves. Besides, they did the spoken female lyrics and backing vocal parts for the chorus.