Selena Gomez in Navy Pyjamas in the Streets of Paris! 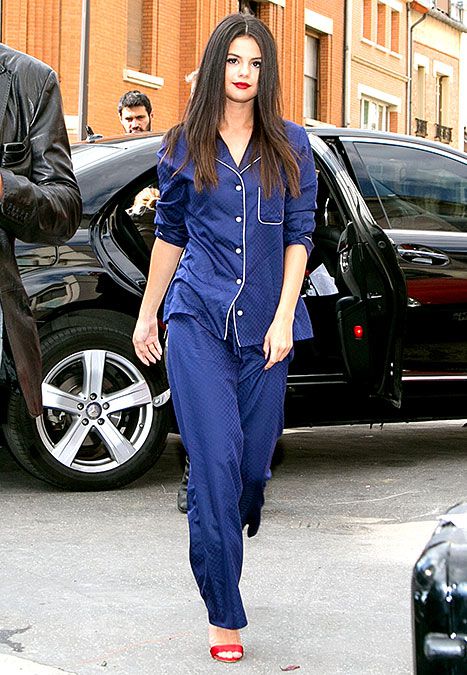 Selena Gomes showed up in the streets of Paris in… pyjamas! However, that pair of pyjamas was the most glamorous one.

The singer was promoting her latest album called Revival in the City of Light on September 26. She looked beautiful in her ultra-luxurious pyjamas of navy blue colour.

The 23-year-old “Good For You” performer definitely felt herself comfortable in the Derek Rose London “Lombard” pyjamas. The pair was made of jacquard cotton and piped in white colour. It costs 139 pounds!

Surely, the ex of Justin Bieber could not have worn just slippers. She matched her outstanding pyjamas with ruby heeled sandals from Brian Atwood. The star did not have the bedhead, but a fresh blowout. Besides, she painted her lips in crimson.

The same day, but a bit later, the Disney alum showed off some Hollywood realness. She could be seen in a cream Sybilla cocktail gown having an open back and a loose style bodice.

After that, the singer stepped out in a bell-sleeved sweater belly shirt. She teamed it up with an A-line midi-skirt. Her feet wore liquorice pumps with pointed toes. This happened on Monday outside NRJ Studios when the performer greeted her admirers.

With such a busy schedule the star managed to have some private time. The brunette uploaded a picture on Instagram on Sunday. The late photo shows twirling in the cobblestone streets of the capital of France. There is a caption to the shot. It reads that those were moments when the star can safely run away for some time. At the end Gomez added a sly-faced emoji. 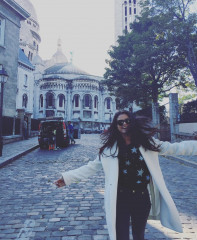