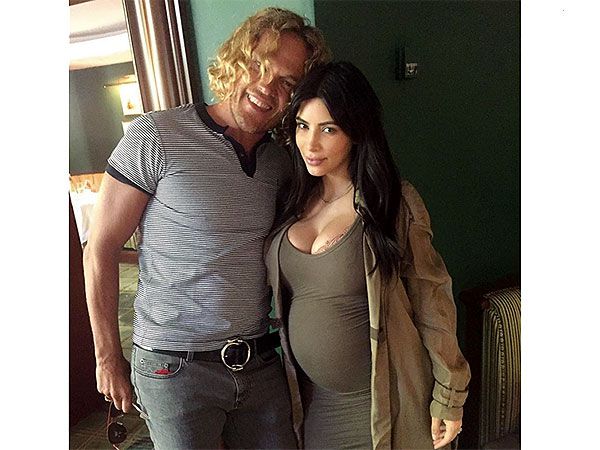 Kim Kardashian West and Peter Dundas, the new creative chief of Roberto Cavalli, had a lunch for three this Saturday.

The star was completely in the maternity style staple in the period of her 2nd pregnancy. She wore a bodycon army green gown along with a matching duster of a huge size.

According to the doctors, Kim will deliver in December. It was a surprise to everybody that 34-year-old The Keeping Up with the Kardashians star did not have her usual full-face make-up on for the chick meeting. As to the most outstanding accessories, she had her growing belly.

Kardashian uploaded a picture with the designer from Norway on the social media and captioned it “lunch for 3”.

We were not surprised that Kim uploaded also a selfie from the meeting. Kim and Dundas put on sunglasses and posed for a 2nd picture. The reality star did not have her recent tongue-out expression on her face.

Kardashian West wrote that there were too many laughs that day. Though, they had serious faces for Instagram.