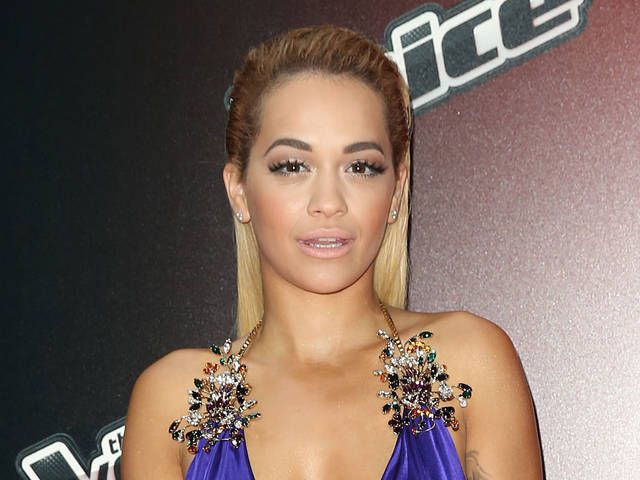 Higher management at the BBC fixed 400 moans from the British audience because of revealing clothing which Rita Ora was wearing during her interview this Monday.

The R.I.P. singer was shown on the TV wearing a white tuxedo jacket. The complaints are all about Ora not wearing a shirt or bra underneath the jacket. She appeared on the programme The One Show and was promoting the forthcoming series of The Voice U.K. in this outfit. Bosses of the channel got 400 moans from the public who demurred at her plunging cleavage. Now the spokesperson for the web has apologized for her spicy outfit and told that they are sorry to people who were offended. He stressed that if they had been consulted they would have required wearing something more decent. It should be stressed that the programme was shown at 7 p.m.

Rita Ora changed pop singer Kylie Minogue on the panel of judges for the new releases of the BBC reality television show.