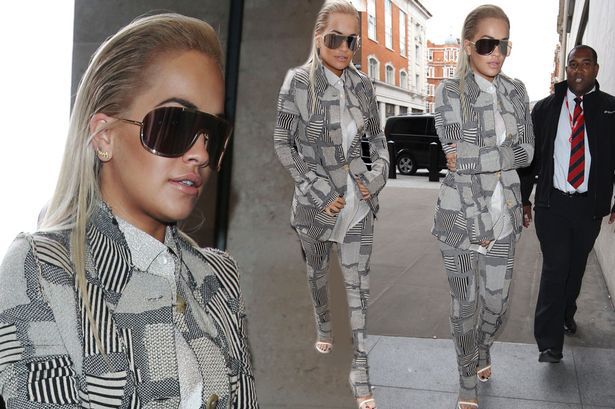 Rita Ora put on a grey suit and sunglasses of visor style and visited Radio 1 in London.

The Body On Me performer has just returned from warm Los Angeles to the United Kingdom. The star showed up at the MTV VMAs this Sunday night. She was wearing cleavage baring clothes. Probably the famous weather of Great Britain shocked the star. Rita looked as if she was cold when she entered the BBC studios.

This celebrity is famous for flashing the flesh, though she could not have covered up more even if she tried to do this in those duds. She had a really sophisticated outlook in that grey shade. Ora put on a fitted suit from this year’s Autumn/Winter collection of Acne Studios. She completed her look with futuristic sunglasses. We have a doubt that she really needed those glasses with that weather pea soup.

It was found out that Rita had landed the Girls category for XFactor 2015. Therefore, the heavy sky probably did not spoil her mood. 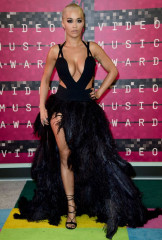