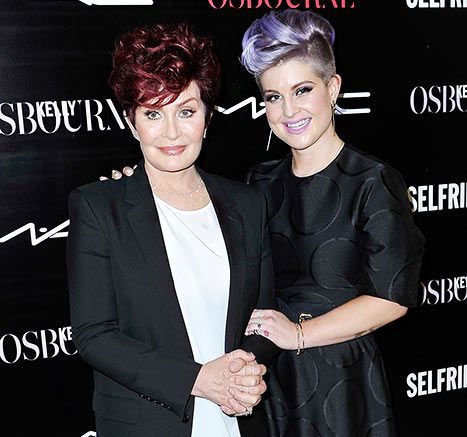 Sharon Osbourne applauded Kelly Osbourne (her daughter) because she has quitted the E! style series Fashion Police last Friday over a controversy with her co-star.

The 62-year-old Talk host wrote on Tweeter last night that she is very proud of Kelly Osbourne. She also wrote that Kelly is always as open as the day. In the end Sharon stated that she is proud to be her mother.

The show’s producer, Melissa Rivers, has answered via WhoSay. She says that Kelly Osbourne is her friend and that she has been a splendid part of the Fashion Police members. Rivers states that she will terribly miss Kelly and wishes her all the best in her future aspirations. She agrees with Joan Rivers’ words, that the show must go on. Melissa also reveals that she is planning to continue her work in the same way.

The 30-year-old Osbourne had been considering the idea of leaving the show for several days after Ranric told that Zendaya, who is her friend, smelled of weed at the Oscars.

Osbourne worte on Tweeter that she will not be dragged into this. In such a way Kelly clarified that she did not smell any weed near Zendaya. She stated that the incident has to be got on the right track by both stars. Writing this Kelly hoped that the fans will leave all to the stars and clarifyed that Zendaya is her friend.

The 40-year-old Ranric apologized for her words. The 18-year-old Zendaya and Osbourne were satisfied with this. Though, the insider tells Us Weekly that Kelly Osbourne has not been satisfied with the show for some time. Her dad Ozzy showed up on February 26th and criticized Billy Bush from Access Hollywood for his words. The last one told that Kelly Osbourne threw Giuliana under the bus.

The source confirmed to Us that the whole issue solidified Kelly’s decision to move on with it. It also stated that after the five years there and the relationship she had with Joan Rivers there has changed all her life.