Peter Andre told He is Proud of Emily MacDonagh 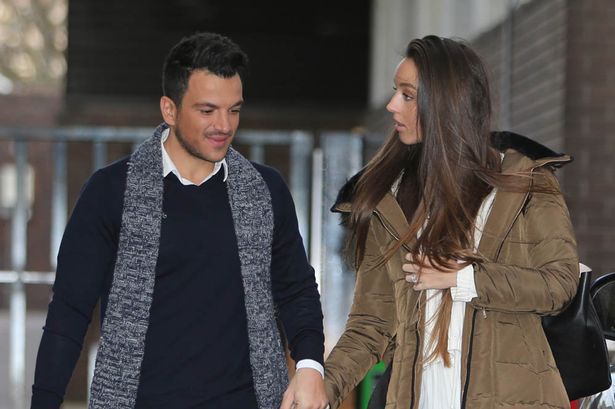 Emily MacDonagh made a pause in her studies to welcome her daughter with Peter Andre in 2014 and now came back to the university for her medical degree.

Andre stated that she could have pass her finals last year, but let the matter stand over because of the pregnancy and giving a birth to their daughter Amelia. He also mentioned that a lot of people asked MacDonagh if she was going to graduate and her answer was “Of course I am”.

Peter said that Emily has already passed her exams and stated that he is very proud of her. Andre also hopes that he will not become a hypochondriac for her.

The brunette beauty showed off her pretty long legs in a short skirt of grey colour as she was leaving the studios.
MacDonagh was wearing a large padded jacked and a pair of tights. Her endless legs were booted in warm fur-lined shoes.

Meanwhile, Andre had a smart outlook in a navy jumper and dark jeans.

The couple have mentioned earlier about their plans to get married in 2015.