Madonna claims that Drake was begging her for the Coachella Kiss 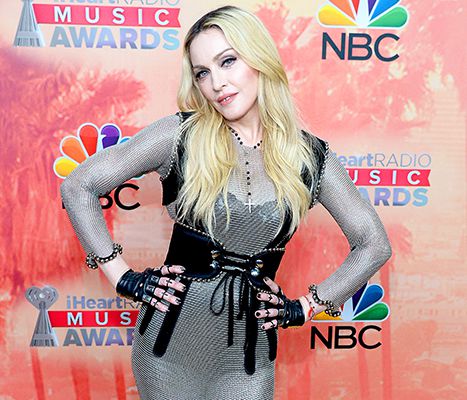 The kiss of Madonna and Drake has become even more awkward. The 56-year-old singer stated at a Q&A to Sunday Night Online that she regrets her act at a Coachella performance last month. We remind you, that the “Living For Love” performer and the rapper Drake kissed onstage.

When the star was asked if Drake was a good kisser, she told that it was a million dollar question. Then Madonna made a joke that she kissed a girl and she liked it.

Madonna avoids giving clear responses on this topic. Though, her attitude was revealed when she answered another question. The star assured that if she was younger, she would have given an advice to herself. The advice would be “don’t kiss Drake, no matter how many times he begs you to do it”.

The ex-boyfriend of Rihanna looked really shocked and disgusted after the onstage kiss at Coachela. The event was held on April 12. After that he clarified his reaction with the help of social media.

Drake asks no tot misinterpret his reaction. The rapper assures he got a chance to make out with Madonna, the queen. The star feels thankful about that forever. In his caption to the video on Instagram Drake wrote “Thank you, Madonna”.