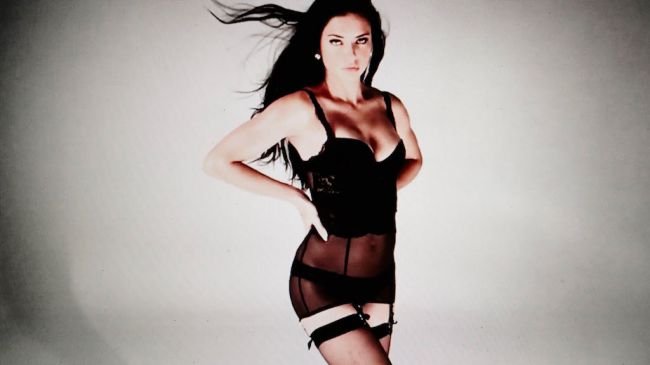 Adriana Lima is the star Love magazine's 2015 advent calendar's entry for the Boxing Day (celebrated on December 26). Have a look!

The 34-year-old Brazilian supermodel writhes around to 2012 song “Pour It Up” by Rihanna in a footage released by the magazine. The Victoria’s Secret Angel is clad in sexy black lingerie. Besides, she has got stockings and suspenders on. 19-year-old Kendall Jenner could be seen in the previous entry. Lima reminds of her look. We remind you that Adriana was also present in the last year’s calendar.

There are also other stars in the 2015 Love’s advent calendar. They include Alessandra Ambrosio, a 34-year-old Brazilian supermodel and Victoria’s Secret Angel. The star appeared topless. There also are 32-year-old Miranda Kerr (the ex-Angel) and 20-year-old Gigi Hadid. The last model appeared in the fashion show runaway for the first time.