Kendall Jenner and Gigi Hadid are on the Same Family Tree! 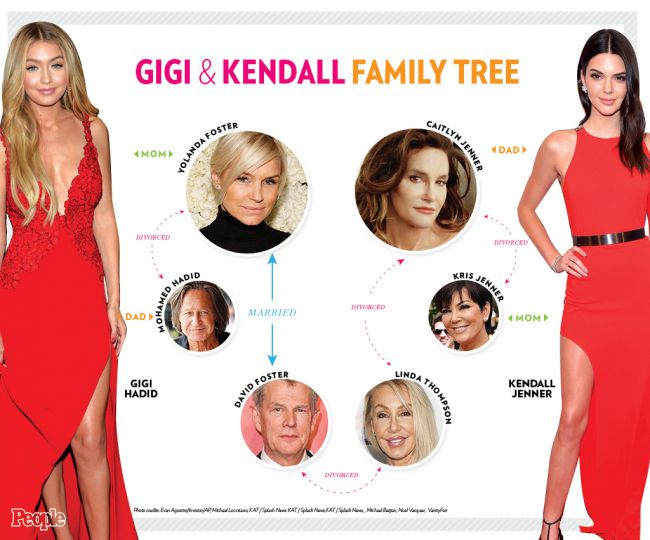 Two of the world’s hottest models have the same family roots.

A long way of marriages and divorces of the last 30 years made 20-year-old Gigi Hadid and 19-year-old Kendall Jenner relatives! The information was revealed not long ago by Vanity Fair.

All of us thought that we know everything about Jenner’s family. Though, if we follow the huge family tree, we will see the relationship.

Long time ahead the Keeping Up with the Kardashians show Caitlyn Jenner tied a knot with Linda Thompson, a songwriter. The couple split back in 1985. Then, in 1991, Caitlyn and Linda remarried. The first one became a wife to Kris Kardashian and the second one – to producer and musician David Foster.

A baby appeared in the family of Caitlyn and Kris 10 years ago. Meanwhile, Yolanda, a Dutch model, was happy to tell about the birth of a daughter with the name Gigi. Gigi’s father is Mohamed Hadid, Yolanda’s husband at that time.

15 years ago Yolanda and Mohamed split. In 2005 Linda, the ex-wife of Caitlyn Jenner parted from David. 4 years ago David and Yolanda tied a knot. In such a way, Kendall Jenner and Gigi Hadid became united under one huge family tree.

Besides the girls are kind of relatives, they are friends. Kendall and Gigi have fun together, for example, they go shopping together and party on yachts.