Katie Holmes shows up as a Rock Diva, check out See Her Sexy Style! 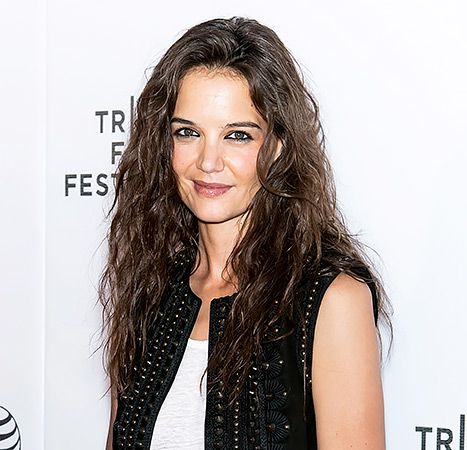 We saw Katie Holmes in those sexy shorts at Robert Downey Jr.’s birthday party. Now she visited the presentation of Eternal Princess at the Tribeca Film Festival with an outlook of a rock-and-roll bombshell. Holmes directed this film. The event happened on April 17 in New York City.

The 36-years-old Dawson’s Greek alum wrapped her lithe body into black skinny jeans and a white T-shirt. She also wore a studded ebony vest over the T-shirt. She looked really hot after adding pointed-toe stiletto heels and two thin bracelets.

She looked so sexy not only thankfully to her ensemble. Holmes rocked air-dried curls which breezily framed her face. The star also had a brick lip and kohl-rimmed eyes. Katie attended the event together with her 9-year-old daughter Suri Cruise.

The beauty shares that she really enjoys the process of directing films. Actually Holmes revealed to Us Weekly that she is going to direct a feature film. The actress says that she is excited to hear stories of different people. She is extremely thrilled to get behind the camera and be a part of a narrative. 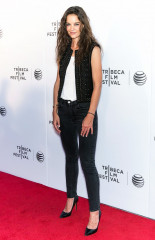