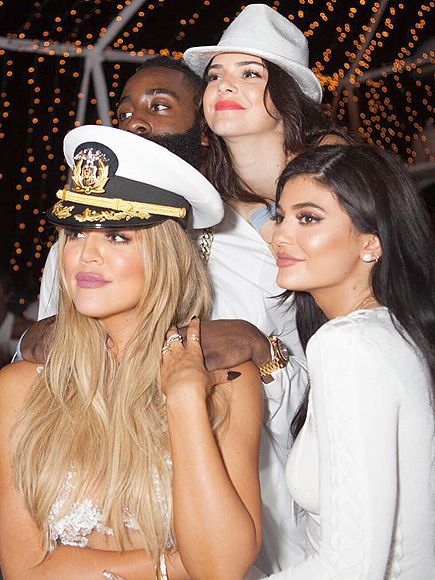 The basketball star of Khloé Kardashian uploaded a photo on Instagram this Monday. He and his beloved one are posing with Kendall and Kylie at his glamorous birthday bash. Harden turned 26.

Along with the star emoji the player wrote “real sisters” under the photo.

The Houston Rockets shooting guard’s birthday was celebrated on a yacht in Marina del Ray (California). The reality stars sisters and 200 more guests partied hard. The event happened in August. Everybody was dancing, sipping champagne and watching a display of fireworks.

31-year-old Kardashian and Harden began their relationship this summer. Before that Khloé dated French Montana, the rapper. Now she is on the final stage of her divorce from NBA vet Lamar Odom.