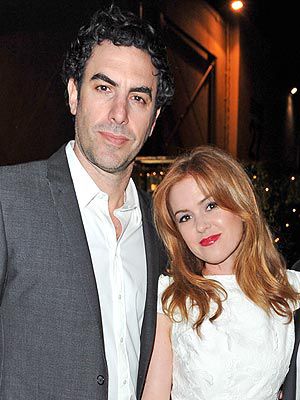 PEOPLE writes that Isla Fisher and her husband Sasha Baron Cohen became parents for the third time. The happy mom and dad welcomed a baby-boy on March 17 and named him Montgomery Moses Brian Baron Cohen. The couple has not announced details of their happiness earlier. It was not even known if they have a boy or a girl.

Fisher and Cohen keep their life really private. They got married in 2010 and already have a 4.5-year-old Elula and a 7-year-old Olive.

Gossips about Fisher’s pregnancy appeared when she has left the Now You See Me sequel. PEOPLE confirmed last October that the 36-year-old star is really pregnant.

The mom-to-be showed up at the Oscars in February. There she received plenty of love for her belly. Moreover, Jennifer Aniston gave her a sweet smooch at the ceremony.