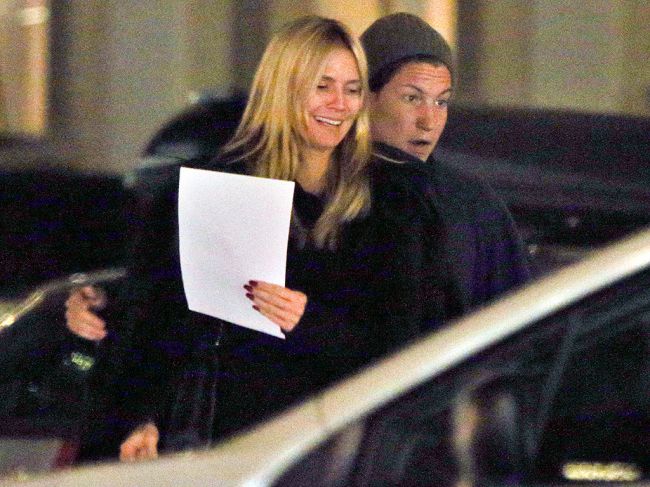 Heidi Klum met with Vito Schnabel, her love, in Switzerland this weekend. The supermodel spent Christmas with her children.

The 42-year-old model and her 29-year-old boyfriend were snapped holding hands and smiling. The couple attended Schnabel’s gallery located in St. Moritz. The gallery has opened not long ago.

Sometime earlier, the model uploaded an adorable image of her family during Christmas Eve celebration. Everybody wore coordinated Santa outfits.

Klum is posing together with Helene, Johan, Lou and Henry and wearing a “Mama” cap in the picture. She captioned the pic with the words "Frohe Weihnachten". That means “Merry Christmas” in German.

Seal, the ex of the model, posted a cute Christmas pic presenting his handmade gifts to his kids. Seal is father to Johan, Lou, Henry and legally adopted Helene (the model’s daughter from her previous relationship)