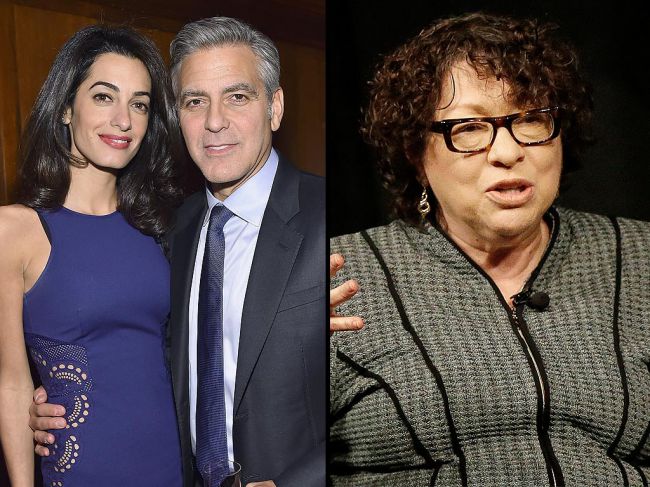 George and Amal Clooney had one more glamorous date night in NYC.

The excited couple was spied at Cipriani in Midtown Manhattan. The New York Post’s Page Six assures that they met there with Justice Sonia Sotomayor and had a quick drink before dinner this Wednesday.

The 37-year-old Amal worked as a law clerk for justice when the celebrity was in the American Court of Appeals for the Second Circuit.

The couple was often seen out and about in the Big Apple lately since Amal is teaching at Columbia Law School. At the same time the 53-year-old George shoots the new film called Money Monster which is based in New York. The film is directed by Jodie Foster and Julia Roberts is starring in the film.

Ellen Barkin praised Amal for taking “great care” of her famous husband not long ago.